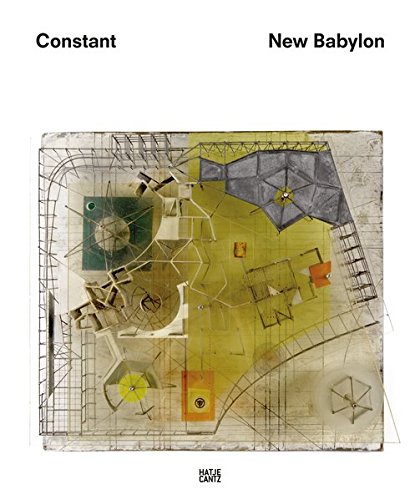 An open city without borders that is capable of flowing out in all directions to allow its residents to move freely and flexibly: this fascinating utopian conception of architectural and lifeworld growth formed the starting point for Constant's Situationist project New Babylon. Between 1956 and 1974, the Dutch painter and cofounder of the avant-garde movements Cobra and the Situationist International worked on numerous models, paintings, drawings and collages for the purpose of depicting his vision of the nomadic city of the future.

This catalogue focuses not only on New Babylon's architectural aspects but embraces them as an artist's synthesis of the arts. Besides the models, drawings and collages, attention is also given to the designs in order to trace Constant's artistic process. This not only provides extensive insight into utopian urban planning, but to a greater degree into a mode of thought and imagination. The book includes an interview with Rem Koolhaas on Constant's pioneering project.

Constant Nieuwenhuys (1920-2005) was a Dutch painter, architect, sculptor, graphic artist, author and musician. His friendship with Danish painter Asger Jorn led to the founding of the Cobra group. After its dissolution, Constant became a founding member of the Situationist International movement along with Jorn and Guy Debord, and began work on his New Babylon project.

Review
Constant's vision rested on the birth of a new kind of human.--Nina Siegal "The New York Times "

Constant Nieuwenhuys's New Babylon was ahead of its time.--Cara Giaimo "Atlas Obscura "